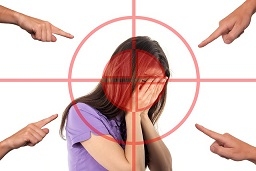 Image by Gerd Altmann from Pixabay

In my last blog I mentioned the emotion shame, I would like to explore that a little further...

Inappropriate workplace behaviours (including bullying) have the capacity to evoke many different emotional responses. Shame is one, others may be; embarrassment, disbelief, humiliation, guilt, fear and/or anger, amongst others.

Targets of inappropriate behaviours may feel shame for different reasons; shame that it is happening to them, shame that they can’t ignore it, shame that they aren’t standing up to the perpetrator/s, shame that it is affecting their work / life / sleep. When someone is subjected to bullying type behaviours, the humiliation, power imbalance and often unfounded criticisms erode at their self-confidence and they may start to feel deserving (and ashamed) of the behaviours they are subjected to. Sometimes a target will start to live down to the expectations of the perpetrators, thus further damaging their self-esteem and again increasing feelings of shame.

Bystanders, who see others treated badly and don’t act, may experience shame. Admitting that shame to others then feels too emotional, so blinkers come down, ears are closed, and another potential avenue of support and intervention is shut down.

There are no winners in workplace conflict.  Accepting and understanding that we are all susceptible to emotions such as shame is a start to responding to these issues. Just like a fight or flight response, the response to shame is often to shut-down or attack, this is not helpful. To feel shame is not shameful, in fact the courage and vulnerability of admitting shame makes us brave and strong.

Let’s respect not only what each of us say and do, let’s also respect what we feel.

Brene Brown has a couple of excellent TED talks about shame and vulnerability, have a listen here;