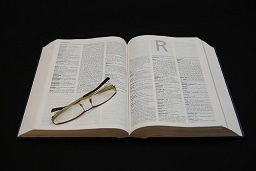 Image by Gabrielle_RRI from Pixabay

The things people get caught up on never cease to amaze me. Words often become an issue when they are attached to the concept of 'political correctness'; that concept itself is then verbalised with invisible air inverted commas " ". The term political correctness defined by Wikipedia is 'used to describe a preference for inclusive language and avoiding language or behaviour that can be seen as excluding, marginalizing, or insulting groups of people considered disadvantaged or discriminated against, especially groups defined by sex or race.' — If this is political correctness, it sounds like a lovely respectful idea to me.

Only a few days ago I was asked 'why does it matter if I say that something is retarded or gay?', After an internal sigh I launched into the 'it matters to anyone who may identify with those attributes if those names are used in a negative way' explanation. Next came the 'if I don't mean it, why should I care if someone is offended?' question - followed by 'words have power', and 'impact not intent' discussions. It is easy to feel judgement to those that think differently to us, for me that may be to judge the racist, homophobic or sexist words or comments of an individual, thinking of them as ignorant or rude.  But if we don't provide safe spaces for questions and calm conversations are we not stifling opportunities to break down ignorance?  If knowledge is power surely we have an obligation to share it safely and respectfully.

Respect is such a great word; as demonstrated by the number of workplaces with respect as one of their values. It feels like it should be simple to define until people try to explain it. My favourite explanations of respect include; valuing other people, not judging, and kindness to others. Interestingly I have also had conversations with those that don't believe kindness has a place when business decisions need to be made, I personally don't agree but I can see where their perception is coming from. Other words that seem to cause refection at times are; clique, assertiveness and bullying.

Political correctness, respect, kindness, clique, assertiveness, bullying; these are all words that we may interpret depending on our personal histories. What is important is that we keep having conversations. Safe conversations allow us to listen and from active listening comes the human ability to learn (possibly apologise), adapt and move on respectfully.